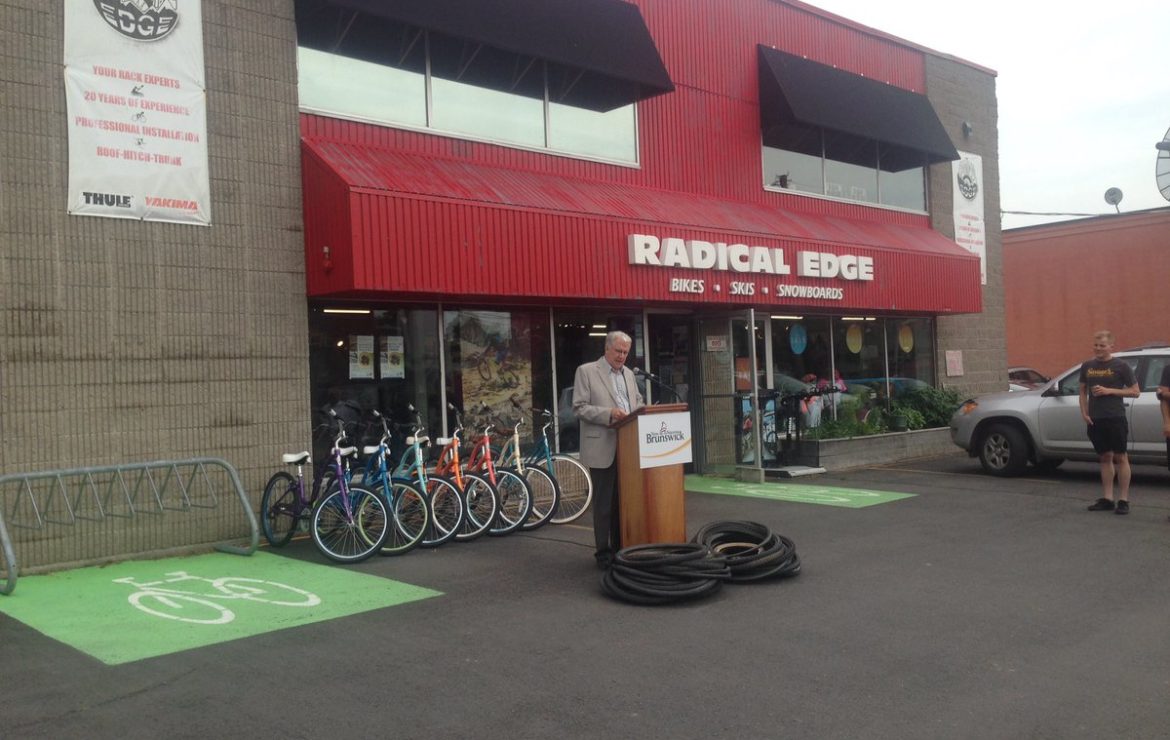 New Brunswick cyclists now have a good reason to upgrade to a brand new set of tires, as the provincial government has announced their tire recycling program will now include old tires and tubes from bicycles.

The existing program allows drivers to bring their old vehicle tires to garages, and they are then sent to be used in a recycling operation.

This expansion will now service those who travel on the thinner, smaller version tires as well — allowing them to avoid sending their discards to landfills.

“Now there is a place for those old tires and tubes to go to be recycled and transformed into another useful product,” said Environment and Local Government Minister Serge Rousselle.

Used tires will be sent to Tire Recycling Atlantic Canada Corp’s manufacturing plant in Minto where they’re used in the production of cattle mattresses as well as crumb rubber, which goes into a variety of rubber products.

“This bike tire recycling program is great because a lot of bikers are environmentally friendly and green,” explained Recycle NB CEO Pat McCarthy. “What we wanted to do was keep that rubber out of the landfill sites because it’s good quality rubber.”

“It’s something that I don’t want to say is long overdue but it’s definitely something that is a great program to have,” said Keenan Cook, Radical Edge store manager.

Radical Edge Bike Shop in Fredericton, where the day’s announcement took place, has been collecting used tires and tubes for months in advance of the program coming into effect.

They estimate at least 1,000 used tires from their store alone will be saved from going to a landfill through this initiative.

“We go through a lot of tires, a lot of used and worn out tires,” explained Cook. “So to be able to make them into something new and avoid sending them to the landfill I think is a wonderful thing for cyclists, the environment and the province.”

Another Year at The Green Fair!

You can reach us anytime at our state-of-the-art manufacturing plant and corporate head office.

Hit enter to search or ESC to close